Both bacteria and viruses are invisible to the naked eye and cause your sniff, fever or cough, so how can we tell the difference?

With bacteria rapidly developing resistance to antibiotics, it is increasingly important that we know the distinction, because viruses can’t be treated with antibiotics, nor bacteria with antivirals.

Rapid and effective testing is imperative, so we can successfully treat the offending microorganism.

COVID-19 is teaching us the hard way–we have no treatment for a new virus until we have anti-viral drugs and vaccines specifically targeted against it.

Therapies developed against an existing virus often do not work, or work poorly, against a new virus. Until this time, our best weapons are handwashing and physical distancing.

On a biological level, the main difference is that bacteria are free-living cells that can live inside or outside a body, while viruses are a non-living collection of molecules that need a host to survive.

Many bacteria help us: living in our gut digesting and helping absorption of our food, fixing nitrogen and decomposing organic materials in soil. Similarly, not all viruses are bad—we now know there are also beneficial viruses present in our gut, skin and blood that can kill undesirable bacteria and more dangerous viruses.https://www.youtube.com/embed/DYYCGTa1gCY?modestbranding=0&html5=1&rel=0&autoplay=0&wmode=opaque&loop=0&controls=1&autohide=0&showinfo=0&theme=dark&color=red&enablejsapi=0&enablejsapi=1&origin=https%3A%2F%2Fimb.uq.edu.au

Bacteria and viruses are all around us

Bacteria and viruses may not be visible with the human eye, but they are all around us in truly staggering numbers.

In our oceans, there are 10 billion times more bacteria than there are stars in the universe.

The millions of viruses in the world laid end to end would stretch for 100 million light years.

Microorganisms, living harmlessly on, and in our bodies, outnumber human cells by 10 to 1, playing a vital role in human health.

But not all microorganisms exist in harmony with us. Pathogens are a subset of microorganisms that can cause disease and these include representatives of bacteria, fungi, viruses, helminths and protozoa.

1% of the world’s known microbial population is known to be pathogenic to humans— approximately 1400 species.

Bacteria are prokaryotes—the smallest, simplest and most ancient cells, with free-floating genetic material. These microscopic single-celled organisms can be rod, spiral or spherical in shape.

Dangerous bacteria also live in soil, a good reason to wear gardening gloves. The floods in northern Queensland in 2019 brought Burkholderia pseudomallei to the surface, bacteria which cause a serious infection known as melioidosis.

In our bodies, bacteria inhabit the human digestion system, live on our skin and contribute to energy metabolism, digestion, brain function and general wellbeing. But if the balance of these bacteria is tipped by a dose of antibiotics or ill-health, then gut discomfort or skin infections are common.

Infectious diseases caused by bacteria have killed well over half of all humans who have ever lived on Earth. Historically, bacterial infections have started major pandemics such as the bubonic plague, which is estimated to have killed 50-60 per cent of the population of Europe during the Black Death in the 14th Century.

Bacteria reproduce mainly by binary fission–replicating their DNA so they have two copies on opposite sides of the cell, then growing a new cell wall down the middle to produce two daughter cells. This doubling time takes between 20 minutes and an hour.

This short generation time allows mutations to emerge and accumulate rapidly and quickly cause significant changes in bacteria, such as resistance to antibiotics.

Bacteria can communicate with one another by releasing chemical signalling molecules, allowing the population to act as one multicellular organism.

Depending on the density of molecules and the signal it generates, the bacterial community can adapt and respond to compete for resources in a process known as quorum sensing.

This ability to communicate with one another allows bacteria to coordinate gene expression, and therefore the behaviour, of the entire community.

This process gives bacteria some of the qualities of higher organisms and is a powerful weapon against antibiotics. It can trigger some bacteria to shut down and become dormant when exposed to an antibiotic, and they are able to regenerate when the antibiotic is gone.

Viruses are an assembly of different types of molecules that consist of genetic material (either a single- or double-stranded DNA or RNA) with a protein coat and sometimes a layer of fat too (an envelope).

They can assume different shapes and sizes—spacecraft designs, spirals, cylinders and ball shapes.

Viruses that are enveloped with a layer of fat (such as SARS-CoV-2 which causes COVID-19) can be more readily killed by simple handwashing, because soap disrupts this fatty layer.

Viruses can’t reproduce on their own (unlike bacteria) so they aren’t considered ‘living’, but they can survive on surfaces for a varying level of time.

Viruses need to enter a living cell (such as a human cell) to be able to reproduce, and once inside they take over all of the cellular machinery and force the cell to make new virus.

Viruses cause diseases including the flu, herpes simplex virus, Ebola, Zika and the formidable common cold.

Viruses can be quite selective about where they live and reproduce–many viruses don’t even infect humans. Some viruses only infect bacteria, some only infect plants, and many only infect animals.

However, a virus can evolve to jump into humans. This often happens with influenza: for example bird flu or swine flu which originated in birds and pigs and managed to infect humans. SARS-CoV-2, the virus that causes COVID-19, probably jumped into humans from bats.

Why is it so important to tell the difference?

Molecular tools are improving doctors’ ability to identify viral or bacterial infections more quickly and efficiently—the hope is that doctors can test patients at the GP’s surgery or in an emergency and find out straight away if their illness is caused by a virus or bacteria.

It is important to know the difference between a viral and a bacterial infection so doctors can treat the right illness, and antibiotics aren’t used unnecessarily, contributing to the rise of antibiotic-resistant superbugs.

It is also why you shouldn’t expect your doctor to prescribe antibiotics if you’re suffering from a viral infection such as a cold.

Researchers at IMB are working on ways to be able to capture and identify bacteria from infections within hours—this currently takes days.

Taking advantage of these molecular powerhouses

Researchers are re-engineering the lethal design of bacteria and viruses to find ways to stop their infectious cycles.

At the moment, vaccines are under development to protect us against COVID-19. 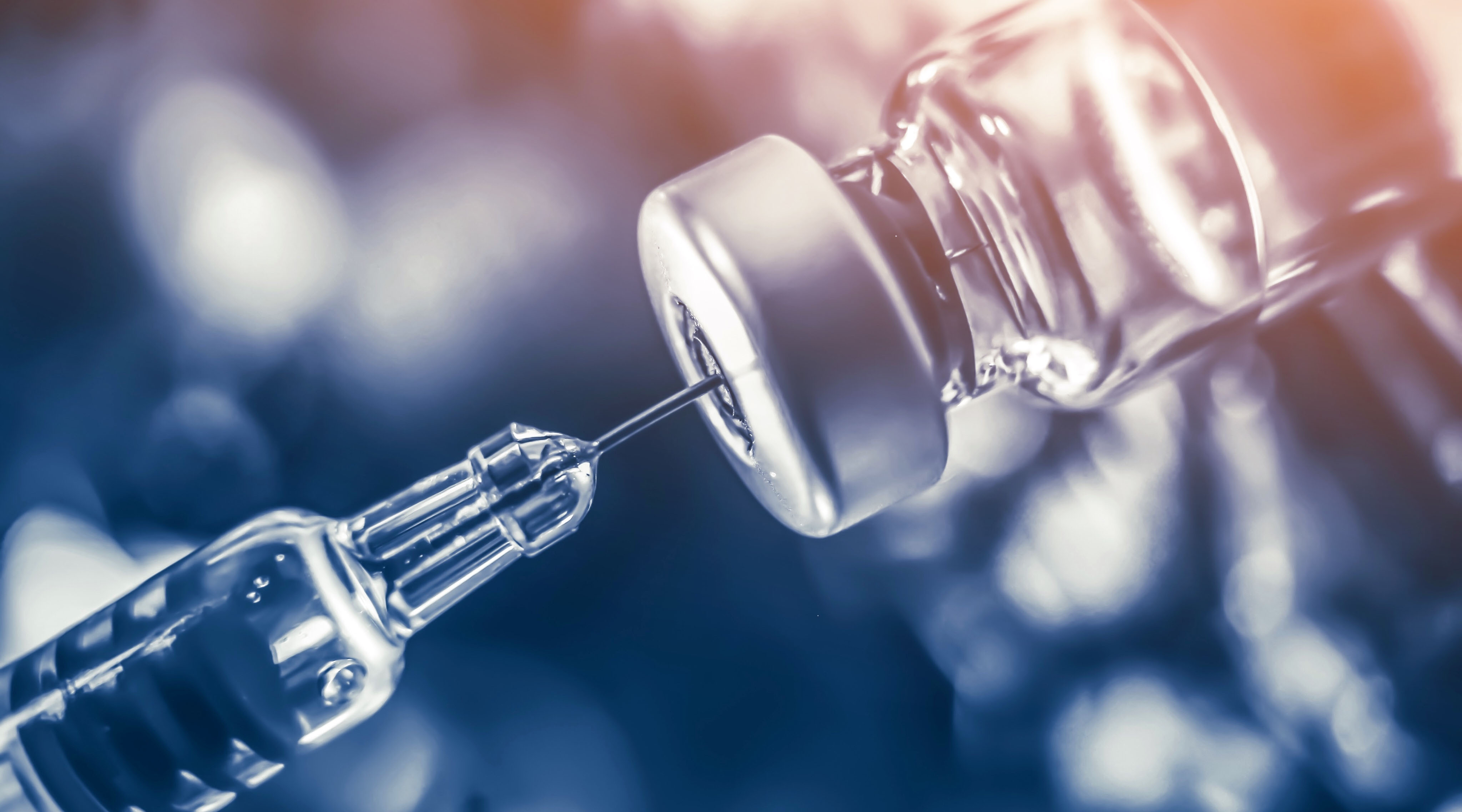 The best studied of these immune ‘tools’ are antibodies, which stop viruses from getting into new cells. But the immune system also makes killer cells, which stop viral replication by killing any infected host cells.

Traditionally vaccines are weak or inactivated forms of the virus.

There are many potential vaccine candidates in the pipeline globally, made using a wide range of new technologies.

These vaccine technologies include the use of subunit vaccines: researchers make viral proteins and put them into the body, so that the immune system makes antibodies against those viral proteins.

This method is usually safer and quicker than using live or inactivated virus.

Other technologies trick the body to make those viral proteins itself, these include delivery of RNA in liposomes or DNA plasmids in nanoparticles, as well as modified safe viruses and existing vaccines.

By studying virus life cycles and how viruses are detected by the immune system, we can discover new ways to target the virus and treat viral disease even without a vaccine.

While bacterial and viral infections are different, they are often related.

As antibiotic-resistant bacteria are an increasing global problem, researchers at IMB are investigating the surface activity of bacteria at molecular level and have discovered how they elude the human immune system . They are also looking at developing new therapies to treat resistant bacteria, and working to help researchers around the world discover new antibiotics.

We’re now well on the way to developing preventative therapies, biomarkers and vaccines to foil these elusive microbial assassins from plaguing our world.